Is Your Life A Game?


Life! A Game and Chess

What Piece Are You?

If the life we live seems a game of Chess played between God and the Devil, 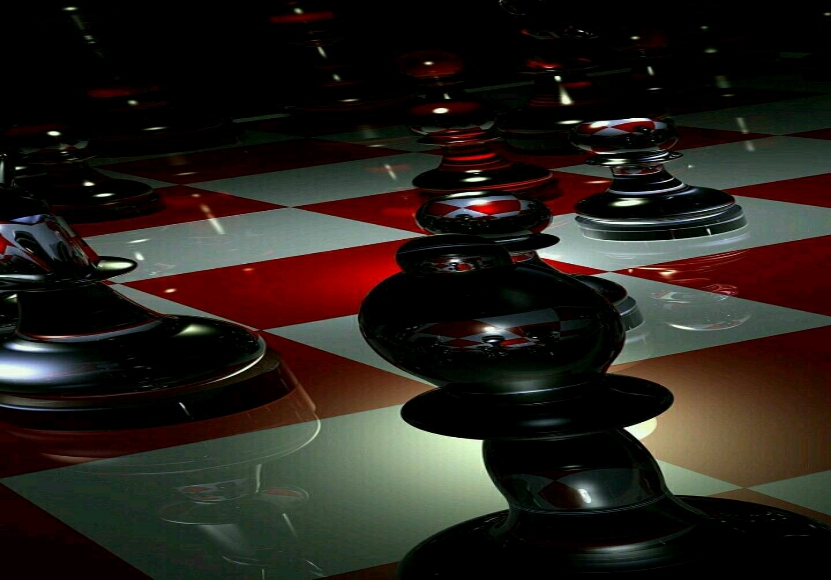 LIFE: A GAME OF CHESS

With a BA in Theology, I've studied and researched the many perspectives of religions, faith, opinions, coupled with Scripture, incorporating my own existence, trials and tribulations, blessings and curses, and it all seems like a rollercoaster that takes you up, down and around, from side-to-side (Yes, that was a mouth full).

Do you remember the early childhood cartoons or movies where you'd see the demonic red-gowned angel on the left influencing mankind with whispers to commit evil, and the angel dressed in white on the right whispering mankind to do good... the puppet in between?

One can understand why people compare this world to a boardgame between God and Satan. If you cannot see the comparison, read the first chapter of the book, Job (but I encourage you to read the entire book to see the whole picture).

[6] Now there was a day when the sons of God came to present themselves before the Lord, and Satan also came among them.

[7] And the Lord said to Satan, "From where do you come?" So Satan answered the Lord and said, "From going to and fro on the earth, and from walking back and forth on it."

[8] Then the Lord said to Satan, "Have you considered My servant Job, that there is none like him on the earth, a blameless and upright man, one who fears God and shuns evil?"

[9] So Satan answered the Lord and said, "Does Job fear God for nothing?"

[10] Have You not made a hedge around him, around his household, and around all that he has on every side? You have blessed the work of his hands, and his possessions have increased in the land.

[11] But now, stretch out Your hand and touch all that he has, and he will surely curse You to Your face!"

[12 ]And the Lord said to Satan, "Behold, all that he has is in your power; only do not lay a hand on his person." So Satan went out from the presence of the Lord.

If the life we live seems a game of Chess played between God and the Devil, (1) Whose side are you defending? (2) What Chess piece will you be in 'their game,' and (3) Why?

Are you familiar with the boardgame called "Chess?" If not, read this:

Chess: from Oxford Dictionary of English -


chess/noun [mass noun] a board game of strategic skill for two players, played on a chequered board on which each playing piece is moved according to precise rules. The object is to put the opponent's king under a direct attack from which escape is impossible (checkmate).

Great! Now that you're back and have an overview of how the game is played, let's first identify the pieces of the game:

Next let's identify the players:

See! I've made it easy for you by highlighting key elements you need to consider before coming up with your answer. I've already tested this question with different individuals, and their responses were more or less the same choices when it came to the Chess piece chosen, but they quickly disregarded the other questions. They became confused when they tried to fit their chosen piece into the entire equation:

Now tell me isn't this a conundrum that is hard to answer? I will share my answer when I get at least 4 answers from our Audiences. Scholars, Theologians, and PhD. Grads are welcomed to weigh-in... if you are wise...

Feel free to post your responses below in our forum.