Even though it seems I might be fading
into the abyss of those who have hurt me,
I am still that Queen!
No matter what my enemies have taken away from me,
I will still fight, even if it means losing one of my eyes, ... 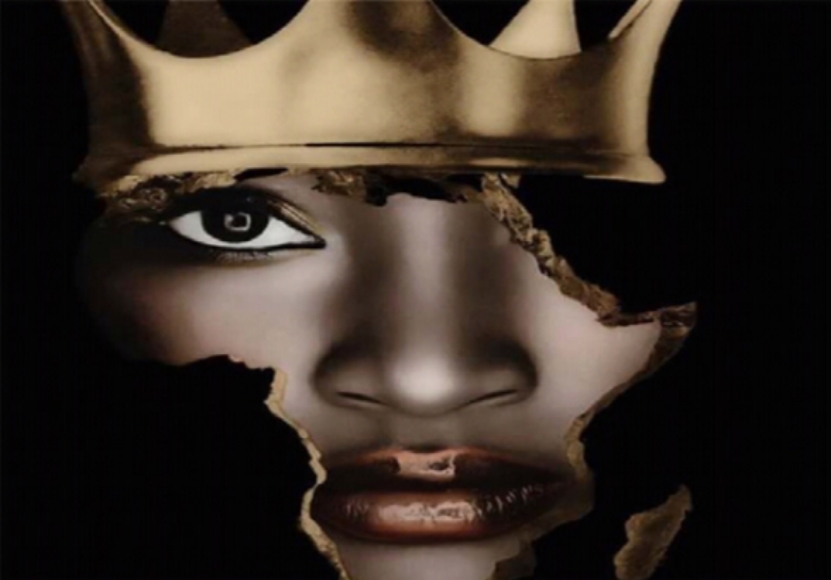 My crown they tried to take from me,
my lips they tried to silence.
But as long as I still fight to keep my composure,
Although pieces of me have faded,
Everyone will still see.
I will always and forever be that Queen!
I will never completely lose face! I must continue!

Greetings this is Vee. The above poem was inspired through the photo I borrowed from Pinterest.com. I recalled sending this poem to a friend as an inspirational piece and she was a little offended of the photo and the poem where it stated, "I will still fight, even if it means losing one of my eyes, ..." which was not meant to be taken literally. She said she was only kidding when I explained it to her, but I still was not convinced. Thus, I felt the need to explain why this piece was inspired in the first place.

I am not sure who the author was that created this photo art, but it was created as such and as is. I wanted to capture the originality of the photo as much as I could (in a sense, try to reconstruct the mood the creator felt when he/she came up with this contextual portrait). When I first looked at the photo, I saw a beautiful black Queen. In truth we were all created and molded from dust (clay). We, as humans, are fragile beings, whether emotional, spiritual, or physically... we are not invincible creatures.

Therefore, in this context, I composed a poem to which I saw a woman trying to survive through pain, opposition, her enemies, and the struggles of life. I know all to well about the strength of a woman because I was raised by one. No matter all the things my mother had to endure to keep the lights on, keep food on the table, and make time to take us (4 boys and 1 girl) to school and so forth ... Moreover the physical abuse by men, I was able to discern that each pain we encounter chisels away a "piece" of who we are each day, but despite this, mom kept a smile on her face and pressed on anyway to do her duty as a mother... She always carried herself as a beautiful, strong and positive woman; chin risen. This is the strength of a true Queen (I've always saw these qualities and features with the women in my family)... despite what is going on in her kingdom, she never loses face, she always keeps her Queen-like composure and presses on anyway.

This poem is dedicated to "all" mothers and women who are indeed our Queens.